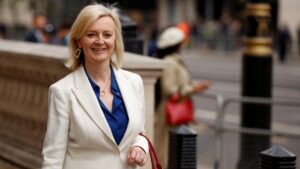 The British government is planning to launch formal dispute proceedings against the European Union as soon as this week.

The UK thinks Brussels is breaking their agreed post-Brexit trade agreement by excluding Britain from three international science projects, according to Bloomberg News.

Britain is furious that the EU refuses to grant the UK access to its Horizon Europe research fund, its nuclear watchdog Euratom as well as the bloc’s earth observation project called Copernicus.

UK-based scientists are no longer able to access the EU’s £80bn science programs, much to the dismay of Britain’s academic community.

As talks have failed to find a solution, ‘formal consultations’ will reportedly be triggered before the end of this week, a process that was created under the UK-EU Trade and Cooperation agreement in the case disputes would arise.

The expectation is that the proceedings “will likely inflame tensions after the EU ramped up its own legal action against the UK in a separate dispute,” Bloomberg News wrote.

The legal moves are related to Boris Johnson’s decision to ignore parts of the Brexit deal related to the trade arrangements in Northern Ireland.