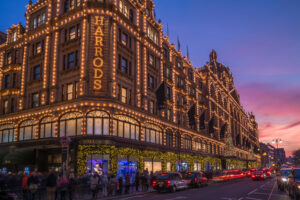 The staffing agency industry’s trade body has hit out at Harrods after the luxury department store threatened to take advantage of new laws allowing it to break strikes using temporary workers.

Harrods told its staff it is willing to use temporary workers to keep its shop running after employees at the Knightsbridge shop threatened to strike over pay negotiations.

The shop said it will use new laws, introduced last month, that let businesses bring in temporary staff to fill in for striking workers.

In a letter to its employees, Harrods said the new laws mean it is “no longer restricted from engaging temporary workers should any industrial action take place now or in the future.”

The warning comes as 150 Harrods workers represented by trade union Unite are set to vote on plans to strike after they rejected the department store’s five per cent pay hike offer.

Shazia Ejaz, director of campaigns at the REC, said the priority “should always be to negotiate” as she warned that “inserting agency workers into strikes will only lengthen those disputes”.

“Agency workers are in high demand, and most will not choose a job that forces them to cross a picket line over one that doesn’t,” Ejaz said.

“It also puts agencies and agency workers in the middle of the dispute, with potential health and safety and reputational risks to consider.”

Unite general secretary Sharon Graham, said: “It comes as no surprise that Harrods – known for catering to the supremely well-off – could be the first employer Unite has come across to threaten low paid staff with the recent government legislation designed to break strikes.”

A Harrods spokesperson said it is “extremely disappointing” that Unite had opened a strike ballot as it urged the trade union “to work with us to ensure this is swiftly resolved for the benefit of all our hard-working and dedicated colleagues.”

The department store spokesperson added that it is “vital” the shop continues to offer “exceptional customer service” by ensuring it is “properly staffed at all times”.