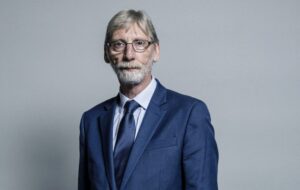 His Ten Minute Rule Bill calls for a number of specific changes to the current rules including introducing ‘a new employee share ownership scheme allowing preferential access for lower income workers’, and calls for the Share Incentive Plan (SIP) holding period to be reduced from from five to three years. The Bill would also ‘require companies to include declarations in annual reports about the type of employee share ownership plans that are operated and the level of employee take up.’

Following the introduction of the draft legislation in the House of Commons David Mortimer, Head of External Affairs said, “It’s great to see growing Parliamentary support for employee share ownership scheme reform. The case for updating and modernising all-employee schemes is now stronger than ever to help employees build their financial resilience in difficult economic times.”

The draft legislation was supported by a group of 12 MPs, drawn from across the political spectrum, including the 1922 Committee Chairman, Sir Graham Brady, the former Secretary of State for trade and Industry and Foreign Secretary, Dame Margaret Beckett MP and long-time supporter of ESO reform, the Conservative MP Jonathan Djanogly.

Introducing the Bill in the House of Commons, Sir George Howarth argued that it was now time to reduce the SIP holding period, saying: “SIP and SAYE were introduced 22 and 42 years ago respectively. In the intervening years, employment practices have undergone significant changes…the length of time an employee spends at a company has markedly reduced. Indeed, young people are often encouraged to move jobs more frequently to secure career advancement…without updating them, they could become increasingly obsolete.”

Sir George suggested the idea of a new share plan for people working in the gig economy, saying that a “provision in the Bill would create a new plan that does not depend on regular monthly contributions and is accessible to those in less regular forms of work.”

The Labour MP also called on the Treasury to carry out a consultation with the aim of modernising employee share ownership – something that ProShare has been calling for. David Mortimer echoed Howarth’s calls for a government-led review of ESO plans, adding: “One of the most important benefits of all-employee share plans, particularly mindful of the cost-of-living crisis, is the enhanced financial resilience for plan participants. Our annual survey, issued in August, established that the weighted average value of a SIP participant’s holding is a healthy £10,294. Employee share plans and share ownership can therefore clearly play a vital role in boosting employees’ financial resilience in these most challenging of times. So now would be the perfect time for the new Chancellor to explore what role ESO plans can play in supporting people over what we know will be a very challenging time for household finances, by consulting with experts and the industry and bringing forward Treasury-led proposals to reform these schemes.”