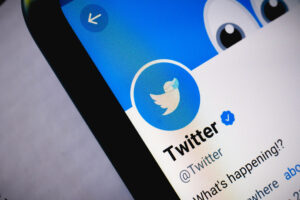 Elon Musk sought to reassure advertisers on Twitter on Wednesday that his chaotic takeover of the social media platform won’t harm their brands.

But his effort came after a day of changes to the platform’s account verification systems, and an acknowledgement from Musk that some “dumb things” might happen as he transforms the company.

On Wednesday morning, Twitter users had woken up to find some pages belonging to high-profile accounts, including national political figures, news organizations and some prominent journalists, marked with the new gray “official” ticks that meant to signify the accounts were authentic.

The new labels had been announced by product executive Esther Crawford just the day before. Their introduction came in response to mounting concerns over account authentication on the platform following changes to its previous verification system.

That system used what are known as “blue checks” to confirm an account’s authenticity. But starting on Wednesday, the platform would allow users to sign up for Twitter’s blue-tick verification badge by joining the Twitter Blue subscription service and paying a monthly fee.

Just hours after the rollout of the gray badges, Musk responded to a tweet from YouTube product reviewer Marques Brownlee that he had “killed” the official tag , adding that the blue check will be the “great leveler”.

Shortly after, Crawford followed up with her own tweet saying the “official” label would still be rolled out as part of the impending Twitter Blue launch. What Musk meant, she said, was Twitter were not focusing on giving individuals that label as of yet and focusing on “government and commercial entities to begin with”.

Later in the day, however, Musk told advertisers in a conversation broadcast live, the “official” label would disappear. “Apart from being an aesthetic nightmare when looking at the Twitter feed, it was another way of creating a two-class system,” Musk said. “It wasn’t addressing the core problem.”

Musk acknowledged the chaos over the rollout, saying in a tweet that Twitter users should expect the platform to experiment and “do lots of dumb things in coming months”, as he implements changes at the company. “We will keep what works and change what doesn’t,” he said.

Whether that will reassure advertisers is a different question. Advertising is Twitter’s largest revenue stream. But the abrupt changes at the company and concerns over content moderation and hate speech on the platform have prompted several major companies, including General Motors and General Mills, to pause spending.

Musk has blamed advocacy and civil liberties groups who have urged companies to reconsider their ad buys on the platform concerned for the drop in ad revenue. And he had earlier threatened, by tweet, a “thermonuclear name & shame” on advertisers that quit Twitter.

But he took a more measured approach Wednesday, asking them to “give it a minute and kind of see how things are evolving”.

“The best way to understand what’s going on with Twitter is use Twitter,” he told the group.

Musk said he aimed to turn Twitter into a force for truth and stop fake accounts. Making paid Blue subscription accounts more important, he argued, would have the effect of discouraging spammers, who would not want to pay for that service.

“There’s a big difference between freedom of speech and freedom of reach,” Musk said.

The biggest concern for big advertisers is brand safety and risk avoidance, he said. And Musk seems uninterested in reining in his Twitter persona which can be divisive – such as his tweet ahead of the election advising Americans to vote Republican.

“To come out like Elon did … and say ‘vote Republican since there’s a Democrat in the White House’ – I don’t know what marketer wants to go near that,” he said.

Advertisers and Twitter users have experienced some whiplash in just the two weeks since Musk officially purchased Twitter. While social media platforms typically beta-test products and features for weeks with a subset of users before launching them widely, Musk instead has tweeted through the changes, gathering opinions from and negotiating with people on the platform and then launching and quickly shifting away from specific products.

In the hours after Twitter Blue and the pay-for-checkmark scheme launched, new accounts began to sport the blue tick. For now, there appears to be a distinction between previously verified and newly verified accounts. When hovering over the blue check, a message pops up saying that account is verified because it has subscribed to Twitter Blue. On the accounts of those who have been previously verified and, for the time being, remain verified, the message reads that that user has a blue tick because “it’s notable in government, news, entertainment, or another designated category”.