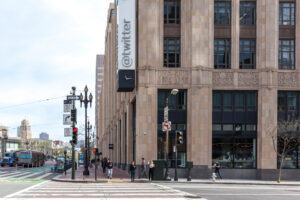 Elon Musk has scrapped Twitter’s working from home policy and ordered its staff back to the office, days after firing 3,700 employees.

The social media platform’s new owner told staff in an email that its “road ahead is arduous and will require intense work to succeed”.

The Tesla CEO added that working from home would no longer be allowed except in special circumstances, with such cases personally vetted by Musk.

“Remote work is no longer allowed, unless you have a specific exception. Managers will send the exception lists to me for review and approval,” Musk wrote.

He added that the new policy, first reported by Bloomberg, would be effective from Thursday for a minimum of 40 hours a week.

Musk fired about half of the company’s 7,500-strong workforce last Friday, having bought it for $44bn (£38.7bn) the previous week. At the same time, he said Twitter had been hit by a pause in spending from advertisers that had caused “a massive drop in revenue”. Twitter makes most of its more than $5bn in annual revenue from advertising.

The company has begun rolling out Twitter Blue, its new subscription service, in the UK. Users who pay £6.99 a month get a blue tick next to their username, as well as early access to forthcoming features such as bookmark folders and the ability to change the colour of the app icon. Musk is hoping that Twitter Blue will reduce the company’s reliance on advertising.

Despite the chief executive’s promise last week that the international pricing of Blue would be adjusted “proportionate to purchasing power parity”, an economic measure of exchange rates that takes into account the cost of living in various countries, Musk seems to have given ground to Apple. The subscription service is billed through Apple’s in-app purchases, which locked Twitter into charging £6.99 in the UK to match the $7.99 in the US.

Musk tried to reassure advertisers about his plans for the company in a meeting on Twitter’s audio chat feature, Spaces, on Wednesday.

Big brands including General Motors, United Airlines, the cereal maker General Mills and others have paused buying ads on Twitter as they watch whether Musk‘s past comments that he is a “free speech absolutist” will lead to a rise in hate speech and divisive content on the platform.

Brands at Wednesday’s call included Deutsche Bank, Chevron, Nissan, Air Canada and Audi, which has paused Twitter ads. The American outdoor equipment retailer REI also attended and said after the call that its ads were still paused, according to Associated Press.

Musk said during the call that he was still planning a moderation council that would tackle inappropriate content and consider account reinstatements, but it would take “a few months” to assemble. He said it would be advisory and “not a command council”.