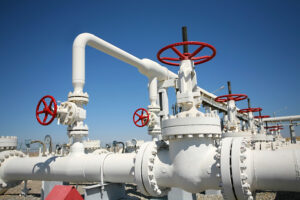 The increasing wholesale prices will feed through to household energy bills, with analysts at Auxilione yesterday increasing their forecasts once more: based on Monday’s closing prices, they now see bills hitting £4,650 a year in January and £5,456 in April. At present the energy price cap stands at £1,971 a year, but it is forecast to jump by more than 80 per cent to £3,635 a year from October.

Electricity for the coming winter in Britain is now trading at once-unthinkable levels of more than £600 per megawatt-hour, having risen almost 50 per cent in the past month alone. Winter power prices are about 12 times higher than average power prices over the past decade and about six times higher than the much-criticised price for the Hinkley Point C nuclear plant under construction in Somerset.

Gas prices for the coming winter rose to more than 600p per therm at one stage yesterday, almost eight times higher than the price for the same contract a year ago and a near-30 per cent increase in only a fortnight, Gemma Berwick, senior consultant at BFY, said. “Wholesale prices for gas and power have increased significantly in the last few days, with products that will deliver this winter and beyond hitting fresh highs,” she said.

“Supply continues to look tight, with concerns over the future of Russian gas flows, low availability of the French nuclear fleet, increasing Asian LNG [liquified natural gas] demand and now concerns that transportation of fuels may be restricted due to low river levels.”

Phil Hewitt, an energy expert at EnAppSys, the consultancy, said: “People are worried about French nuclear power and Russian gas. The French government and EDF are saying it’s not going to be so bad this winter, but energy traders I don’t think believe them. Because prices are so high, people have to post a lot of collateral, which means it’s more expensive and more risky to trade. That means there’s less volume in the market, which means prices are more extreme.”

Europe historically has relied on Russia for about 40 per cent of its gas supplies, but Moscow has curtailed exports in apparent retaliation to western sanctions since its invasion of Ukraine. That has left the Continent scrambling to secure cargoes of LNG from elsewhere. While in the past Britain has received very little gas from Russia, its energy markets are connected to Europe’s and prices have risen in tandem.

In a sign of the scramble for supplies, it emerged yesterday that a cargo of LNG from Australia was destined to arrive in Britain for the first time in at least six years, according to data from Kpler and Bloomberg.

Lu Ming Pang, an analyst at Rystad Energy, said gas prices had increased because of “maintenance at the Kollsnes gas processing plant and the Troll field that commenced over the weekend, reducing Norwegian flows”.

Meanwhile, the heatwave has caused havoc for power supplies as water levels in the Rhine have fallen so low as to inhibit the transport of coal and diesel to power plants along the river, he said.