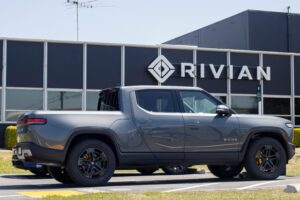 Rivian Automotive, the electric vehicle start-up backed by Amazon, has agreed to join forces with Mercedes-Benz and start building electric vans in Europe.

The companies will make vehicles at a site in either Hungary, Poland or Romania after signing a memorandum of understanding. Mathias Geisen, the head of Mercedes-Benz Vans, said that they expected to formally establish a 50-50 joint venture.

The pairing amounted to “the right match” and a “win-win situation” for both sides, he told reporters. Mercedes-Benz has “a lot of expertise” when it comes to vans, “but on the other hand Rivian brings in a lot of new technology expertise when it comes to electric mobility”.

Rivian went to market in an initial public offering in New York last November, although its shares are down two-thirds from where they started 2022. They rallied 9.4 per cent to $36.39 in early trading yesterday.

“Rivian was created to encourage the world to transition away from fossil fuel consumption by creating compelling products and services,” Scaringe said, promising to develop “truly remarkable electric vans” with Mercedes-Benz.

The businesses intend to create two large electric vans through their partnership, one based on a platform developed by Mercedes-Benz and the other based on Rivian’s light van platform. “Further options for increased synergies from the joint venture will also be explored,” they said in a statement.