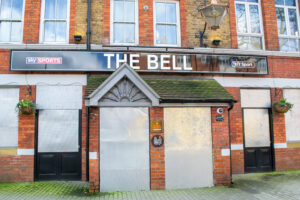 Pub landlords are facing an “extinction” this winter as a majority of operators said they feared being forced to shut down in the coldest months.

Some 65 per cent of publicans said they were likely to close over winter, despite a lucrative Christmas period free of Covid restrictions, when surveyed by industry title The Morning Advertiser.

Nearly three quarters of pub and bar operators said they could not afford monster hikes to energy bills, with some even seeing bills rise more than 500 per cent.

Businesses’ energy bills are not constrained with a price cap in the same way bills for households are.

Earlier this summer, the British Institute of Innkeeping (BII) said the majority of its members were experiencing a minimum 300 per cent increase in energy costs, all while venues attempt to recover from the side effects of the Covid-19 pandemic.

Venues are also facing the costs of other headwinds spiralling while struggling to recruit front and back of house staff.

Pub industry chiefs have called on the government to issue support for the sector, with calls for measures ranging from a cap on energy costs, a VAT reduction and a freeze on business rates for the next year.

Action is needed now and not when the new Prime Minister steps into the job next month, Ed Bedington, editor of The Morning Advertiser, said.

“This situation is untenable and we’re likely to see the closure of huge swathes of pubs and bars across the UK unless something is done to tackle these spiralling costs,” he added.

The government seemed to be “either missing or ignoring” the potential “loss of hundreds of thousands of jobs” due to an absence of support for pubs, he said.

Heath Ball, managing director of The Frisco Group, which operates three pubs across the South East of England, dubbed the current crisis as “a doomsday scenario.”

“This energy bill crisis comes on the back of the most testing of times as businesses try and recover from the Covid crisis and I think it poses an even greater threat to the survival of pubs,” he added.

In response to the BII’s survey, a HM Treasury spokesperson said: “We’ve stood behind the hospitality sector throughout the pandemic with a £400bn package of economy-wide support that saved millions of jobs and offered a lifeline to hundreds of night-time businesses up and down the country.”