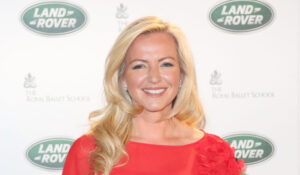 A company linked to the Conservative peer Michelle Mone that was awarded £203m worth of government PPE contracts during the pandemic has been issued with a winding up petition, apparently for unpaid taxes.

PPE Medpro Ltd was awarded two contracts via the government’s “VIP lane” after Lady Mone approached Michael Gove in May 2020 with an offer to supply personal protective equipment. It is already under investigation by the National Crime Agency (NCA) for potential fraud.

Details of the winding up petition, first reported by a courts blogger, Daniel Cloake, state that Her Majesty’s Revenue and Customs issued it against the company on Thursday morning. No details were stated as to how much tax is claimed to be owed, nor for how long it has been outstanding.

A spokesperson for HMRC declined to provide any further information, citing a policy of not commenting on identifiable businesses.

It was previously revealed that Mone emailed her fellow Tory peer Theodore Agnew on 8 May 2020, telling him that Gove had asked her to “urgently” contact him. She proposed supplying large quantities of face masks to the government, telling Agnew they could be sourced through “my team in Hong Kong”.

Agnew, at the time a Cabinet Office minister responsible for procurement, referred Mone’s offer to civil servants who processed it through the VIP “high priority lane” for politically connected people. The company that was given the contracts, PPE Medpro Ltd, was not incorporated until 12 May 2020, four days after Mone approached Agnew.

The company was awarded its first contract, for £80.85m to supply 210m face masks, a month later. The Department of Health and Social Care awarded the second contract two weeks later, for £122m, to supply 25m surgical gowns. Both contracts were awarded directly, without competitive tenders, under Covid emergency regulations.

The second contract became subject to a dispute after the DHSC rejected the gowns, and it has said it is seeking to recover its money through a dispute resolution process. PPE Medpro has maintained that it complied with the terms of its gowns contract and was entitled to keep the money it was paid.

Mone has consistently denied being involved in PPE Medpro. Lawyers instructed by her have said: “Baroness Mone is neither an investor, director or shareholder in any way associated with PPE Medpro. She has never had any role or function in PPE Medpro, nor in the process by which contracts were awarded to PPE Medpro.”

Her husband, the Isle of Man-based financier Douglas Barrowman, similarly distanced himself from the company, although his lawyers have not commented on whether he financially benefited from the firm.

In January, the Guardian reported that leaked files appeared to suggest Mone and Barrowman were secretly involved in the PPE Medpro business. Mone’s lawyers said in response that the Guardian’s findings were “grounded entirely on supposition and speculation and not based on accuracy”.

The House of Lords standards commissioner, Martin Jelley, then launched an investigation, which is ongoing, into whether Mone’s links to the company breached rules relating to members. She has denied any wrongdoing.

In April, the NCA executed search warrants at Mone and Barrowman’s mansion in the Isle of Man and several other properties, including the offices of PPE Medpro Ltd and the associated company of the same name registered in the Isle of Man.

Lawyers for PPE Medpro, Mone and Barrowman have been contacted for comment in relation to the winding up petition.