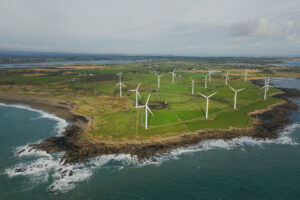 The Government will go full steam ahead with its plans to cap revenues renewable electricity generators can make from sky-high wholesale power prices following Russia’s invasion of Ukraine.

Downing Street had been urging electricity generators to agree voluntarily to 15-year fixed-price contract, well below current wholesale rates for their output.

However, companies generating power from wind and solar including EDF Energy, RWE, Scottish Power and SSE have been resistant to the proposals, according to The Financial Times.

The Government’s efforts to persuade electricity generators to agree voluntarily contracts were ultimately fruitless, with ministers wanting deals that can have an impact this winter.

However, most companies had already agreed to sell their expected production far in advance.

They also fear the plans will have the same effect as a windfall tax on renewable energy, which is set to take £7bn from North Sea oil and gas operators this winter.

Instead, the Government is now set to unveil legislation as early as next week, which will be used to underpin a revenue cap on the generators.

This follows historic support packages for households and businesses, with the Government looking to both raise more funds for the Treasury and to ensure companies weren’t unfairly benefitting from unique market conditions.

Former Chancellor Rishi Sunak stopped short of including renewable generations in the Energy Profits Levy this summer, but raised concerns over their profits and favourable contracts.

Ministers have been concerned at the scale of earnings enjoyed by electricity generators which are still benefiting from renewable obligation certificates – a subsidy scheme established in 2002 when the renewable industry was in its infancy.

Industry body Energy UK is also in favour of the move, and estimates the switch could cut an estimated £10.8-£18bn per year from energy bills next year if directed towards household support.

However, no final decision has been taken.

The EU has announced a similar cap as part of plans to raise €140bn in windfall taxes.