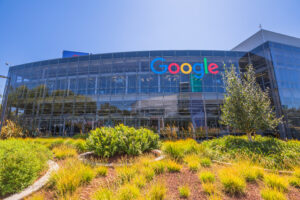 Google faces a €25bn (£21.6bn) lawsuit in the UK and EU that accuses the tech firm of anticompetitive conduct in the digital advertising market.

The company, which is a key player in the online ad market as well as being a dominant force in search, is accused of abusing its power in the ad tech market, which coordinates the sale of online advertising space between publishers and advertisers.

“Publishers, including local and national news media who play a vital role in our society, have long been harmed by Google’s anticompetitive conduct,” said Damien Geradin, of the Belgian law firm Geradin Partners, which is involved in the EU case.

“It is time that Google owns up to its responsibilities and pays back the damages it has caused to this important industry. That is why today we are announcing these actions across two jurisdictions to obtain compensation for EU and UK publishers.”

The UK law firm Humphries Kerstetter is planning to bring a case to the competition appeal tribunal over the next month, although the process could take years to reach a conclusion. The UK competition watchdog is also investigating Google’s power in the digital advertising technology market.

Toby Starr, a partner at Humphries Kerstetter, said the claim, which aims to recover advertising revenue lost due to Google’s allegedly anticompetitive behaviour over a period of years, would not just be aimed at benefiting news sites.

“This important claim will represent a class of victims of Google’s anti-competitive conduct in ad tech who have collectively lost an estimated £7bn. This includes news websites up and down the country with large daily readerships as well as the thousands of small business owners who depend on advertising revenue – be it from their fishing website, food blog, football fanzine or other online content they have spent time creating and publishing.”

The combined suits are seeking total compensation that, according to estimates from legal representatives, could reach €25bn. The suits are being financed by litigation funding firms in the UK and the Netherlands, which take a cut of any proceeds from a successful case.

A spokesperson for Google said: “Google works constructively with publishers across Europe – our advertising tools, and those of our many adtech competitors, help millions of websites and apps fund their content, and enable businesses of all sizes to effectively reach new customers. These services adapt and evolve in partnership with those same publishers. This lawsuit is speculative and opportunistic. When we receive the complaint, we’ll fight it vigorously.”