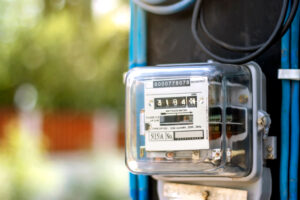 Government borrowing rose by less than expected last month, despite it spending extra billions on an energy price cap and covering its first losses from the Bank of England’s bond-buying scheme.

Official figures showed that total government borrowing rose to £13.5 billion in October, less than economists’ forecasts of £22 billion and a drop from September’s £19 billion. The figures are still £4.4 billion higher than the borrowing total of £9.3 billion in the same month a year previously.

The government collected £70.2 billion in tax receipts, 6.3 per cent higher than in October 2021, on the back of rising income tax and national insurance contributions and a 50 per cent jump in corporate tax receipts.

The Office for National Statistics said October had been the first month on record in which the government had covered losses from the central bank’s quantitative easing programme worth £800 million. The Treasury indemnifies losses incurred by the Bank on its £836 billion stockpile of government debt. Rising interest rates mean the Bank is making losses on its gilt holdings by paying out a higher amount to commercial banks on its reserves than it makes from its bond holdings.

The Office for Budget Responsibility warned last week that the Treasury would have to stump up £133 billion over the next six years to cover losses from QE, reversing more than a decade of profits accrued from the stimulus programme.

Borrowing was up by about £3 billion last month, with the government’s introduction of a household energy price cap that will freeze average bills at about £2,500 until April and a similar freeze for businesses. The cap will cost in the region of £25 billion over the next six months, according to the OBR, but could be more expensive if market gas prices rise. The ONS said that the government’s debt interest bill had hit £6.1 billion last month. Debt interest costs have doubled over the past year to £120 billion as higher interest rates have piled pressure on the public finances.

Last week the OBR warned that the debt interest bill would be the biggest single cause of fiscal deterioration the next few years, with government spending on servicing its bonds exceeding spending on the health service.

Higher spending on welfare, pensions and debt interest, coupled with falling tax receipts from a slowing economy, will raise government borrowing by about £60 billion a year, according to the OBR.

Jeremy Hunt said it was “right that the government increased borrowing to support millions of business and families throughout the pandemic and the aftershocks of Putin’s illegal invasion of Ukraine”.

The chancellor added: “To tackle inflation and ensure the economic stability needed for long-term growth, it is vital that we put the public finances back on a more sustainable path. There is no easy path to balancing the nation’s books, but we have taken the necessary decisions to get debt falling while actively taking steps to protect jobs, public services and the most vulnerable.”

Last week Hunt announced two new fiscal rules to help to restore market credibility in Britain. The government wants to bring down its total debt-to-GDP pile from 2027-28 and to limit the deficit to below 3 per cent of GDP in the same year.

Analysts at Citi had expected borrowing to hit £29 billion last month and said the figures should help total borrowing this year to fall below the OBR’s forecast of £177 billion.

Ruth Gregory, at Capital Economics, the consultancy, said the rise in borrowing would “only embolden the chancellor to keep a tight grip on the public finances”.

Separately, the government may need to pay the Bank more than £30 billion next year and also in 2024 to cover losses on its quantitative easing programme, a report released by the central bank yesterday showed.