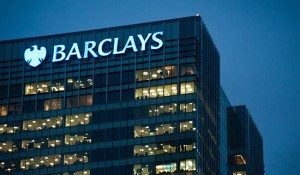 Higher costs, as a result of a weaker British pound, expensive litigation and conduct charges, and inflation, offset a 17 per cent increase in Barclays total income to see the bank’s pre-tax profits drop in the first half of 2022.

A combination of higher expenses and almost £1.9bn worth of litigation and conduct charges saw Barclays Bank’s pre-tax profits drop by 24 per cent in the first half of 2021 – even as its total incomes increased by 17 per cent.

Costs arising from its over-issuance of securities amounted to more than £1.3bn after the firm agreed to buy back £14.5bn of the securities sold in breach of US regulations. The monetary penalty from the Securities and Exchanges Commission (SEC) also cost the firm £165m.

The high costs offset a 17 per cent increase in the British bank’s total income, which increased 17 per cent on the previous year to £13.2bn. The situation saw Barclays’ pre-tax profits drop 24 per cent to £3.7bn.

Higher taxes, up 11 per cent on the previous year, in turn led to Barclays’ post tax profits being 30 per cent lower than in the first half over 2021.

Barclays chief executive C. S. Venkatakrishnan said “This has been a strong first half with Group income up 17%1 to £13.2bn… The broad-based income growth that we achieved in the first quarter continued across all three operating businesses into the second quarter.”

“Our performance in the first half shows the resilience and advantage that diversification at all levels brings, both across the bank and within our businesses,” Venkatakrishnan said.

“It also underlines the value of investment into our three strategic priorities in next generation consumer finance, sustainable growth across the Corporate and Investment Bank (CIB), and the transition to a low-carbon economy.”

The firm however upped its dividend to 2.25p a share, as it vowed to buyback up to £500m worth of shares from shareholders.